All You Need To Know For Coachella This Year | Beauty Route

All You Need To Know For Coachella This Year

And so it arrives:  it's #Chella Season once again!

As most of you know, it's the most awaited music and arts festival of the year and like every past event, this year's will be held at the Empire Polo Club in Indio, California.

However, unlike previous years, Coachella 2019 will be hosted over the span of two weekends, starting on Friday, April 12th through Sunday, April 14th, and then following suit on April 19th through April 21st.

For those of you who leave planning and packing 'till last minute, here are some things to look-out for right before you hit the road (or plane, whichever way you choose).

Know Which Artists Will Be Attending And When

The first step to take in better arranging your schedule is to base it off of the artist lineup. Some artists are very well-established, whereas others are still emerging;  some are in pop, others are in rock, yet some are indie and still others are electronic.

It will make planning A LOT easier for you if you can see exactly who will be attending when. You may decide whether it'll be worth it to attend both weekends or even one day, if it so happens that all the artists you're interested in seeing fall within the same day.

So here it is, a day-by-day break down: 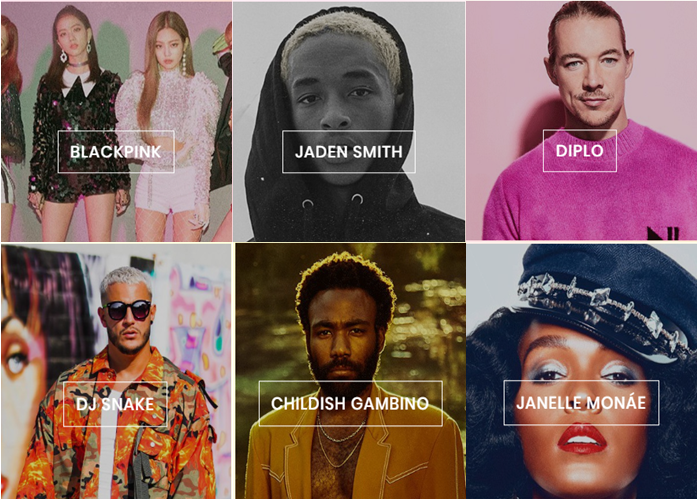 Hint: Besides the usual performance on stage, Childish Gambino will also be starring his first film "Guava Island" featuring Rihanna. Don't miss this out! You'll have an exclusive insider viewing!

Also, BlackPink will be the first Korean girl group to be performing at Coachella ever since its premiere, nearly 20 years ago. They're such a hot topic that Youtube has decided to live broadcast their Coachella performance on a digital billboard in New York City's Times Square!

To put things in perspective, their recent "Kill This Love" video gained an astonishing 56.7 million views in a single day, which is the fastest in Youtube history. In comparison, Ariana Grande's "Thank u, next" video earned 55.4 million in that same amount of time.

Insider scoop: J Balvin will be performing this year as well as Bad Bunny and Tucanes de Tijuana. Last year, the first two performers sang "I Like It" alongside Cardi B, but they had not had the space to go solo. However, 2019 brings an unexpected turn as emerging Latin artists in the alternative, flamenco and regional Mexican scenes are given the chance to showcase their music.

The festival producers have decided to bet on the diversity within Latin music to expand the reach of festival-goers. Given that Los Tucanes trended on Twitter in Mexico shortly after the announcement of their #Chella participation, we can see that the producers really saw it coming.

Hint: Expect to see Kanye performing on Sunday morning  in commemoration of Easter.

Ariana Grande will also be headlining the event along with Tame Impala and Childish Gambino. We can only hope Ariana will live up to Bey-Chella's success from last year's performance, but only time will tell how the spectacle will unfold...

Things You Must Bring!

Have a bandana or mask at hand that you can easily put on throughout the afternoon and evening. With so many people in the  stadium, the once perfectly mowed Polo field turns into dirt and  dust. As the day progresses, it gets pretty windy and a cloud of sand and dust permeates the festival. You can easily get sick, so make sure to bring medication.

Definitely bring a small backpack with a coat and a water bottle inside. Just remember to empty out any liquids you may have as outside food and drinks are NOT allowed!

Beware if you chose to vape or smoke that won't be an issue so long as you don't carry the refill liquids.

What NOT To Pack!

Similar to other events of a large scale, there are some rules set in place for the greater well-being of all attendees. Not surprisingly, items such as aerosol, drugs, laser pointers and the usual under "prohibited or dangerous" section are not allowed.

Also, in case you were thinking of bringing the following, DON'T: teddy bears, floats, folding chairs and professional cameras. Those who won't comply to the rules will either have their items confiscated or be barred from entering the event at all!

Wanna be a part but can't go?

Youtube has really been involved throughout the streaming process and has taken the event to an international audience. Now millions of people who wouldn't be able to have access to it (either because they don't like crowds, live too far away, or simply can't afford to go ) can join in and watch from the comfort of their homes. The best part is that spectators can invite friends over and make it into a relaxing get-together, possibly enjoying a good beer and pizza. The live stream will be available at  www.youtube.com/coachella from 11:50 Eastern Time.

Have a great time and stay tuned for yet another year of #Chella!